functional textiles that celebrate the natural world and the dignity of human labor.

The wood creaks under the feet as Justin Squizzero makes his way up the stairs to the garret, the unfinished attic, of the 210 year old farmhouse he shares with his husband Andrew. The temperature outside in their small corner of rural Vermont barely reached 5 degrees as he makes his short commute to the space where he’s dedicated himself to resurrecting a piece of American history through practicing a nearly lost art. Justin reaches the garret, uninsulated from the harsh weather outside, and his breath hangs in the air 40 degree air as he sits down at a loom, one that is potentially a century older than the house, to weave intricately detailed coverlets that have not been made for over 180 years. 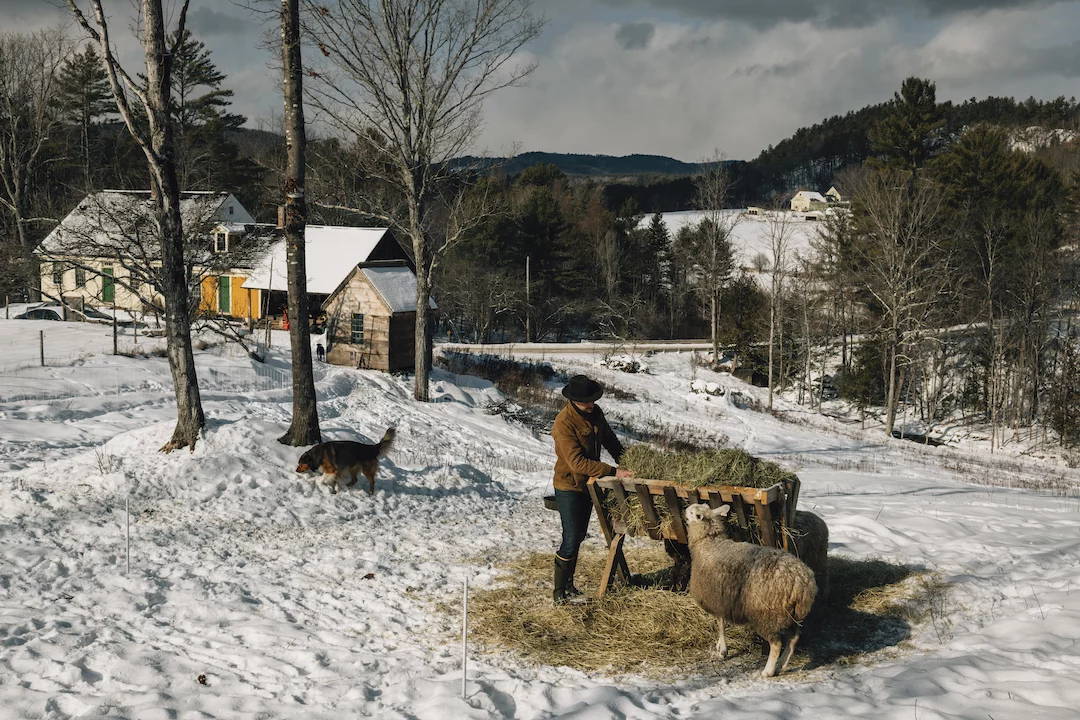 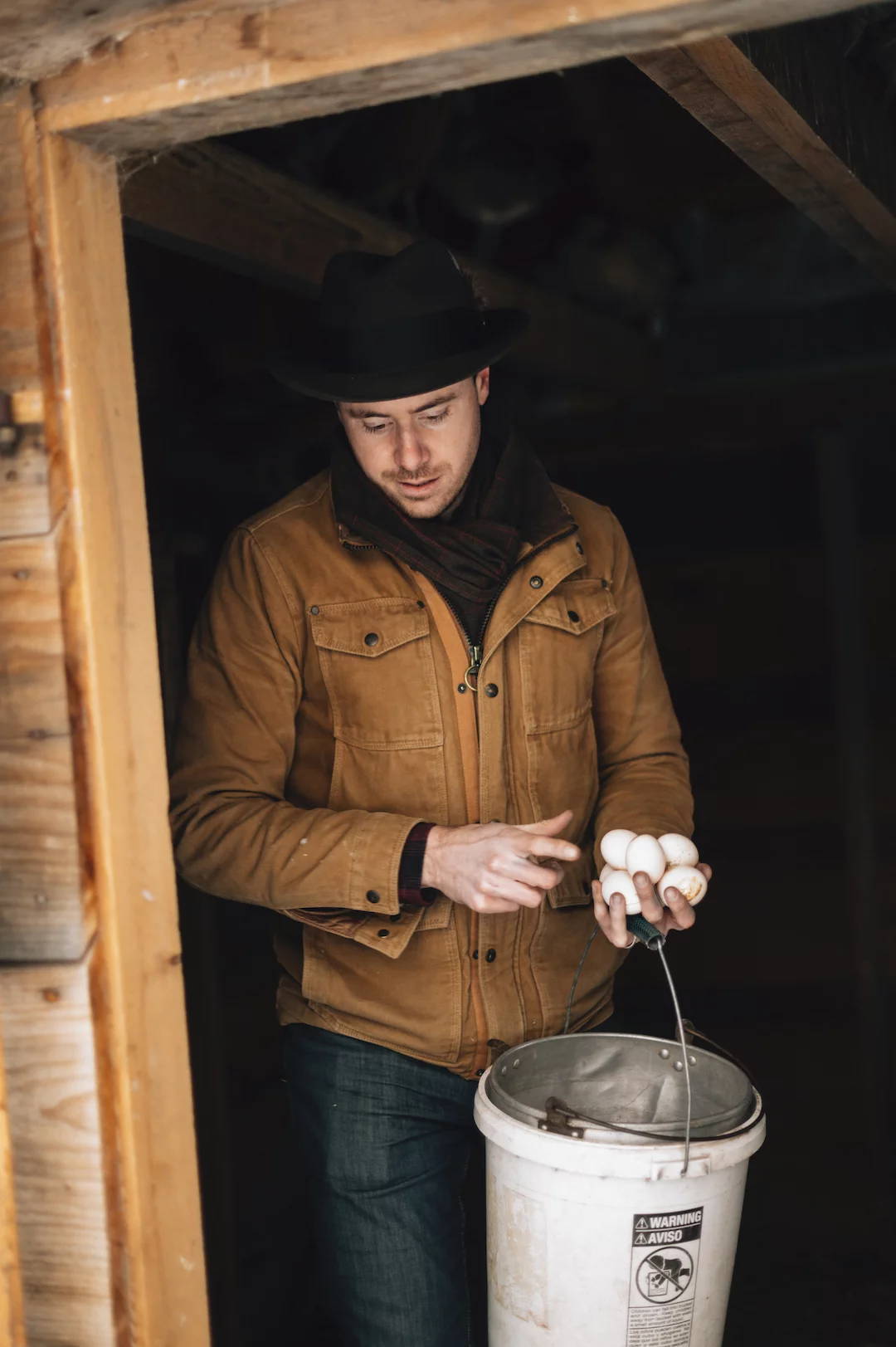 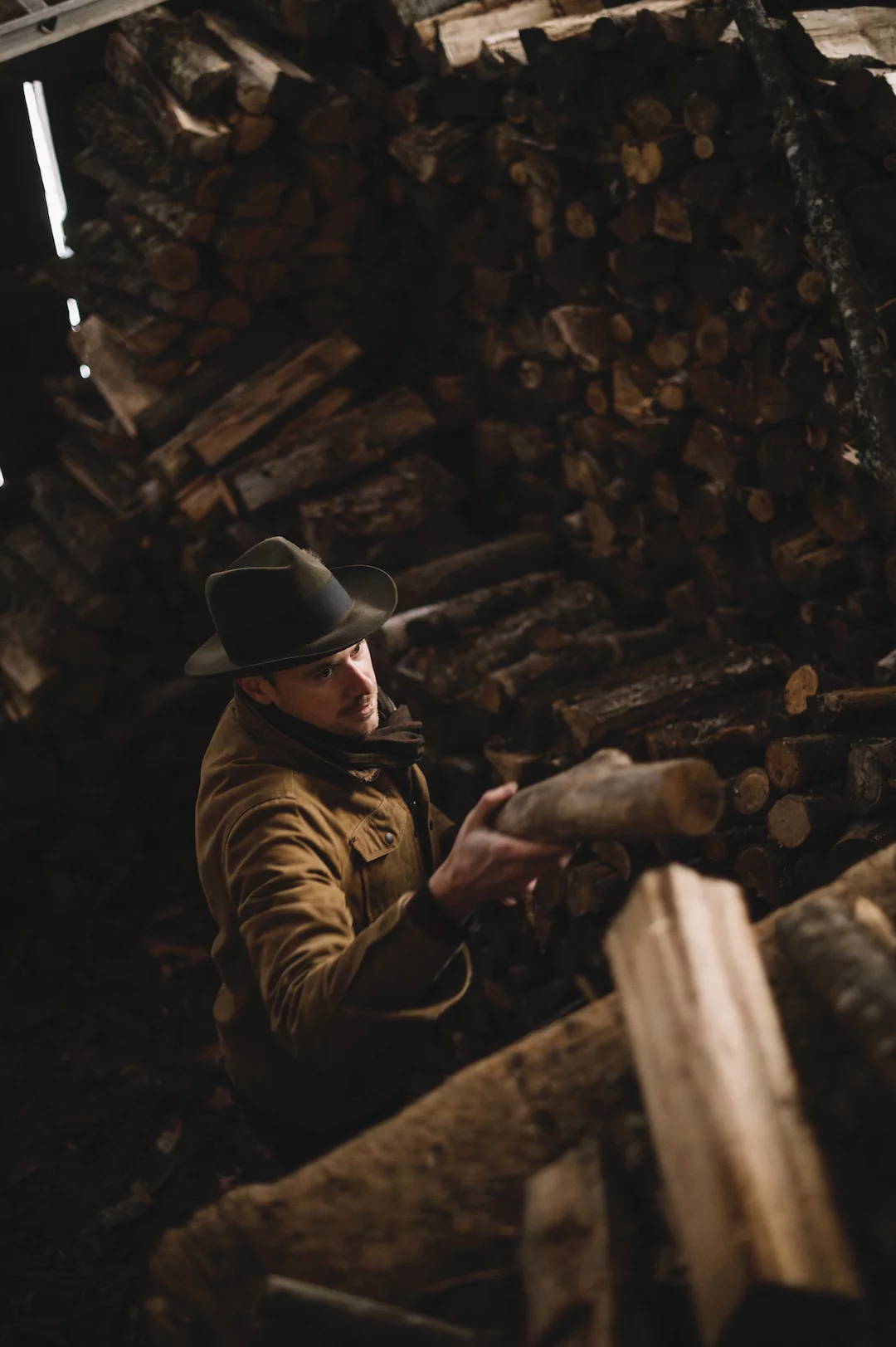 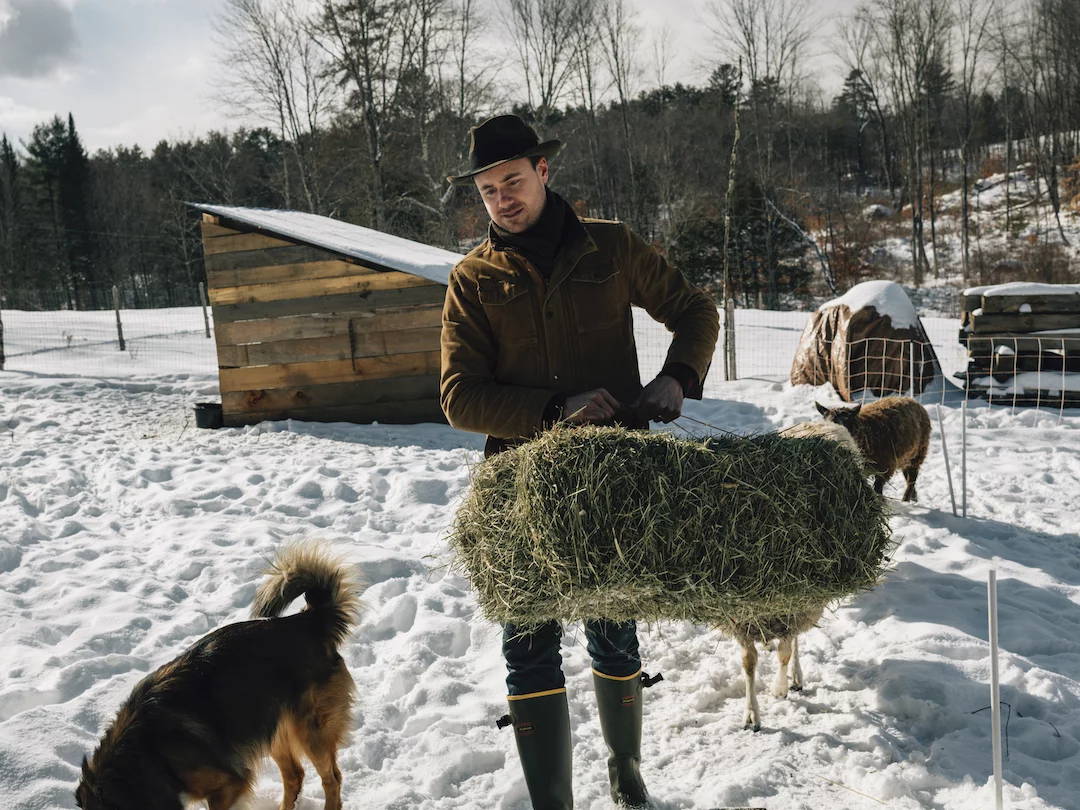 In October of 2015 Justin Squizzero first set foot on the farm built by William Burroughs circa 1810, lived on by generations of just two families, and offered for sale for the first time in a century. The farm sits up in the hills of Newbury, Vermont, a town on the banks of the Connecticut River, one hundred miles north of the Massachusetts border. It was the kind of relic one used to find frequently in the North Country, but like the elm and mountain lion these places have become rarities in recent times, endangered species in their natural habitat. By some luck and quiet determination of a few sporadic caretakers this house survived, despite sitting vacant since 1989. 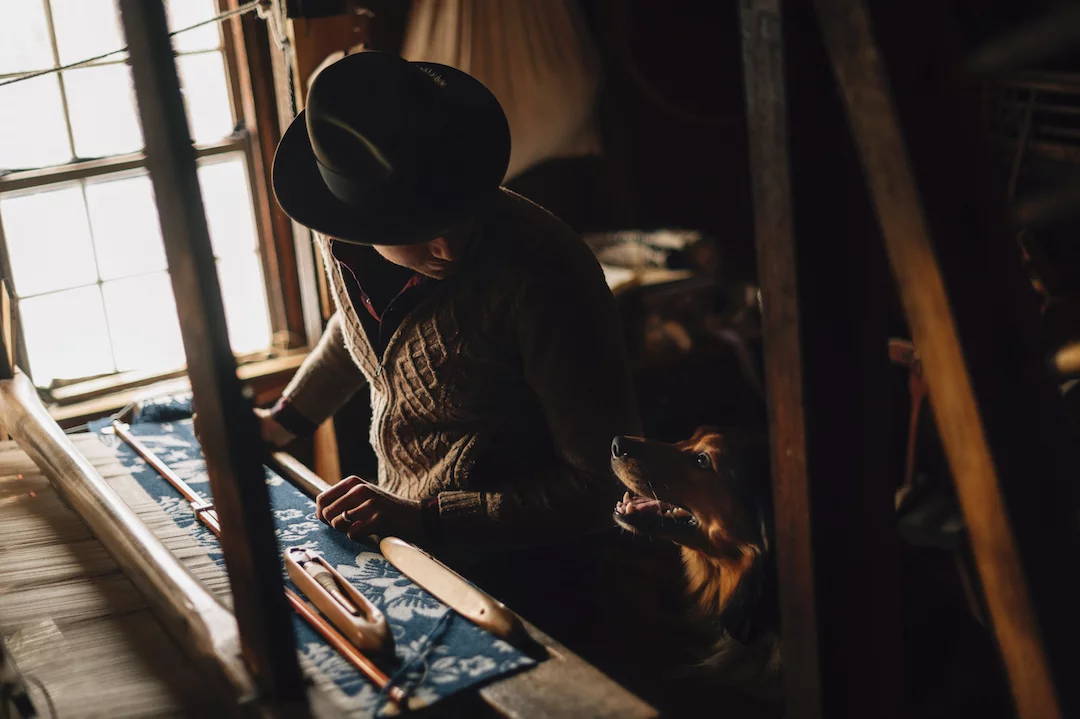 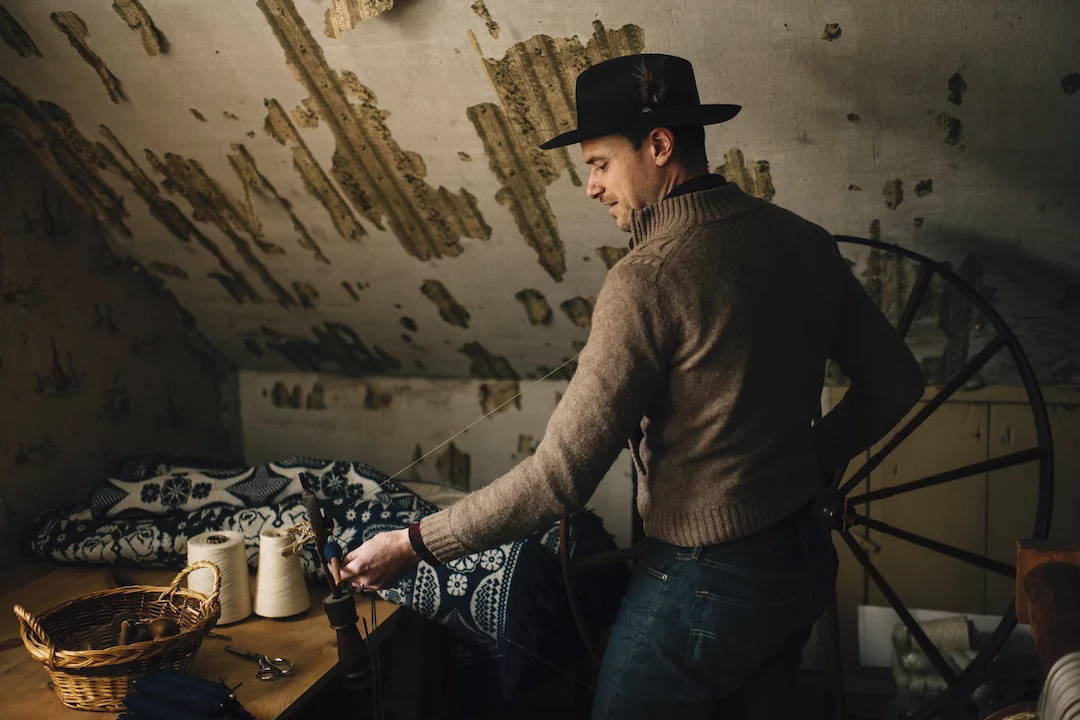 A weaver by training, trade, and passion since he was around 16 years old, it was fate when Squizzero, now 33, found an entire loom sitting in the garret (unfinished attic) of the house, a final nod that he had found a place that was both special on its own, but even more special to him. It was a perfect fit regardless; Justin grew up the son of historical reenactors and knew the inside and out of living in such an old home, from the lack of insulation and wood furnace and stove to the temperamental water from the stream up the road, water they were lucky to have. However, it still required extensive work to get to this place livable after sitting largely untouched for decades. It’s framework underneath was rotting, the shingles blew off the roof with every gust of wind, sounding blown snow, and layers of now weathered and stained wallpaper hid even more layers beneath. 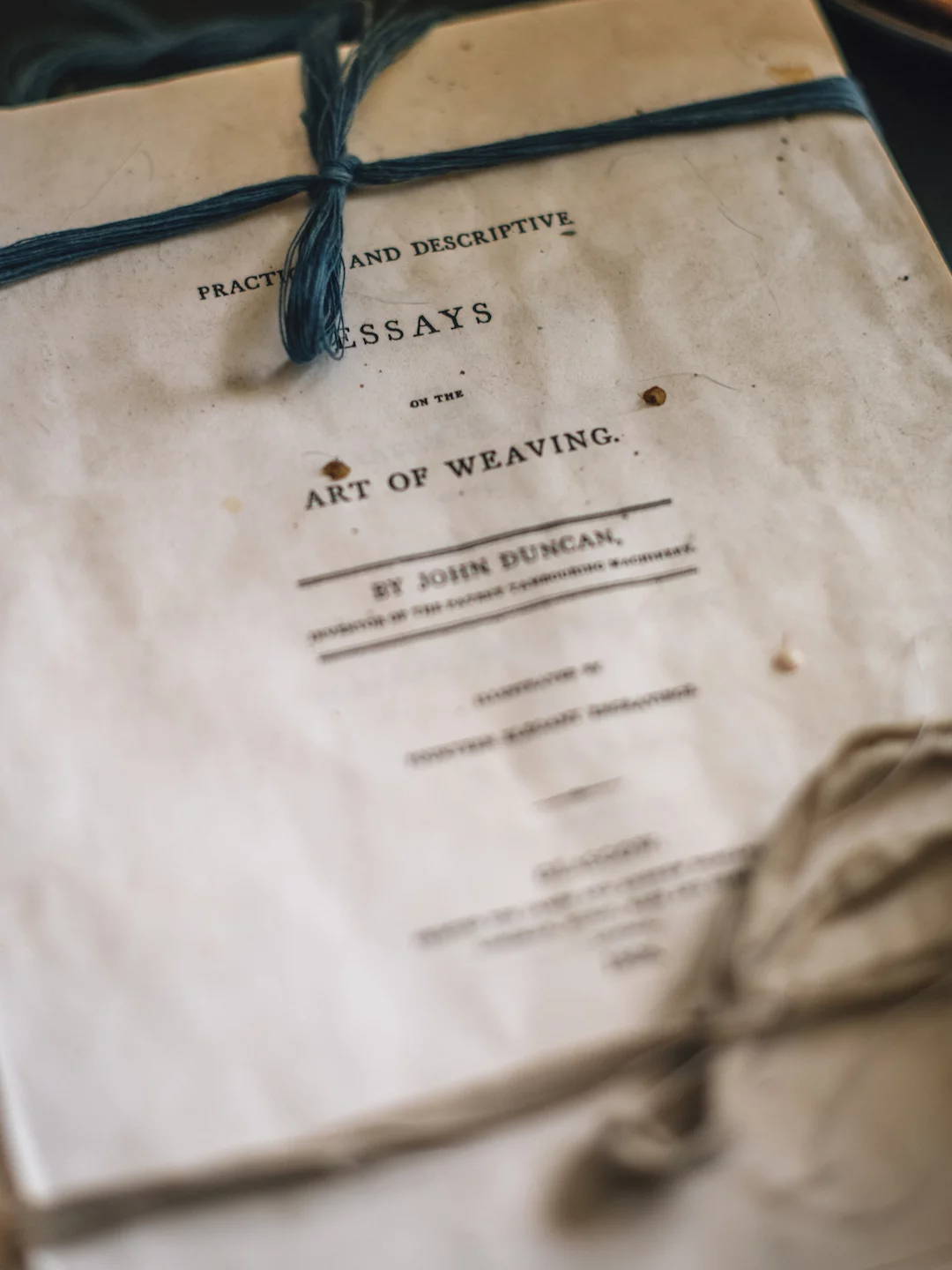 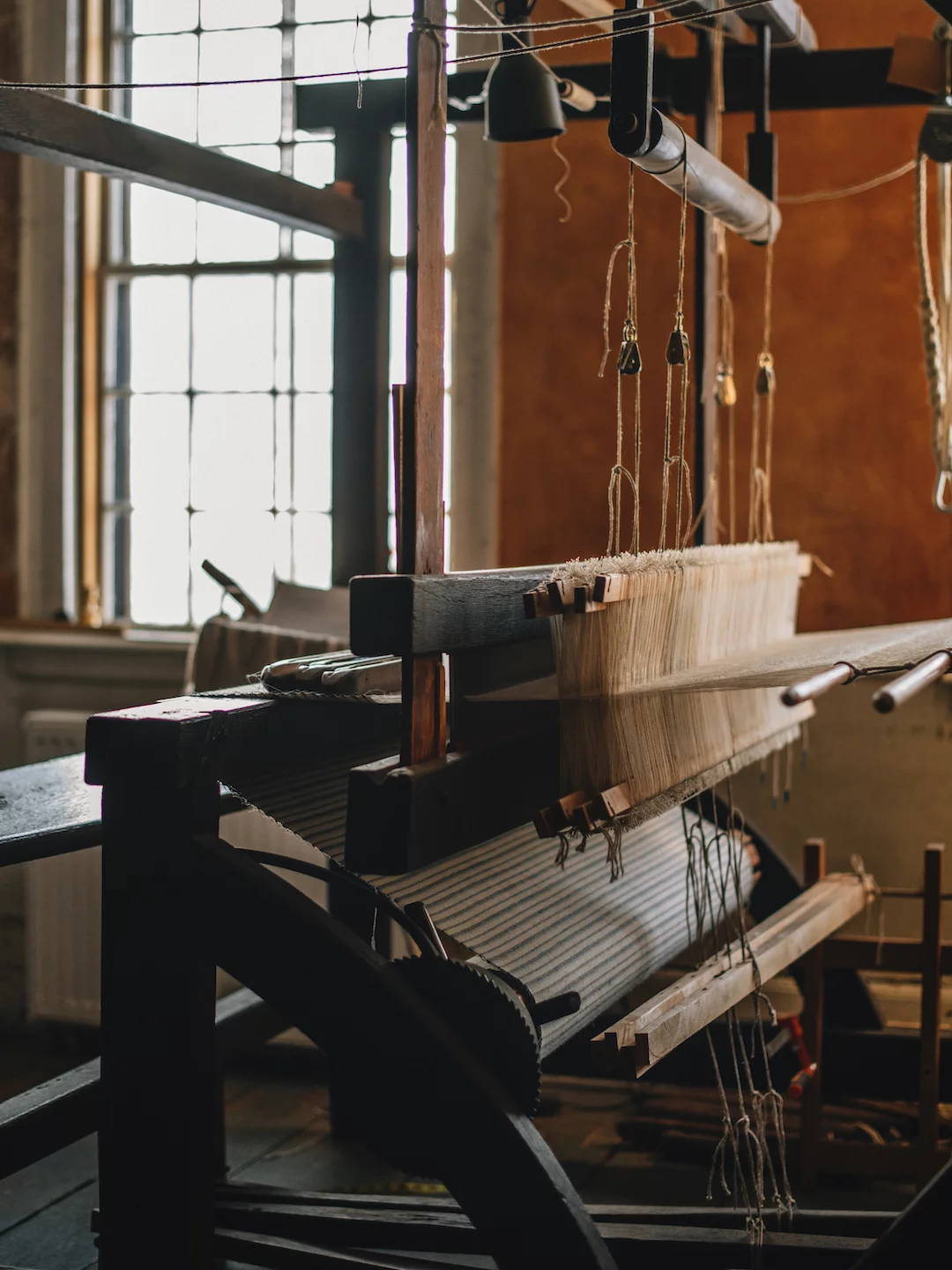 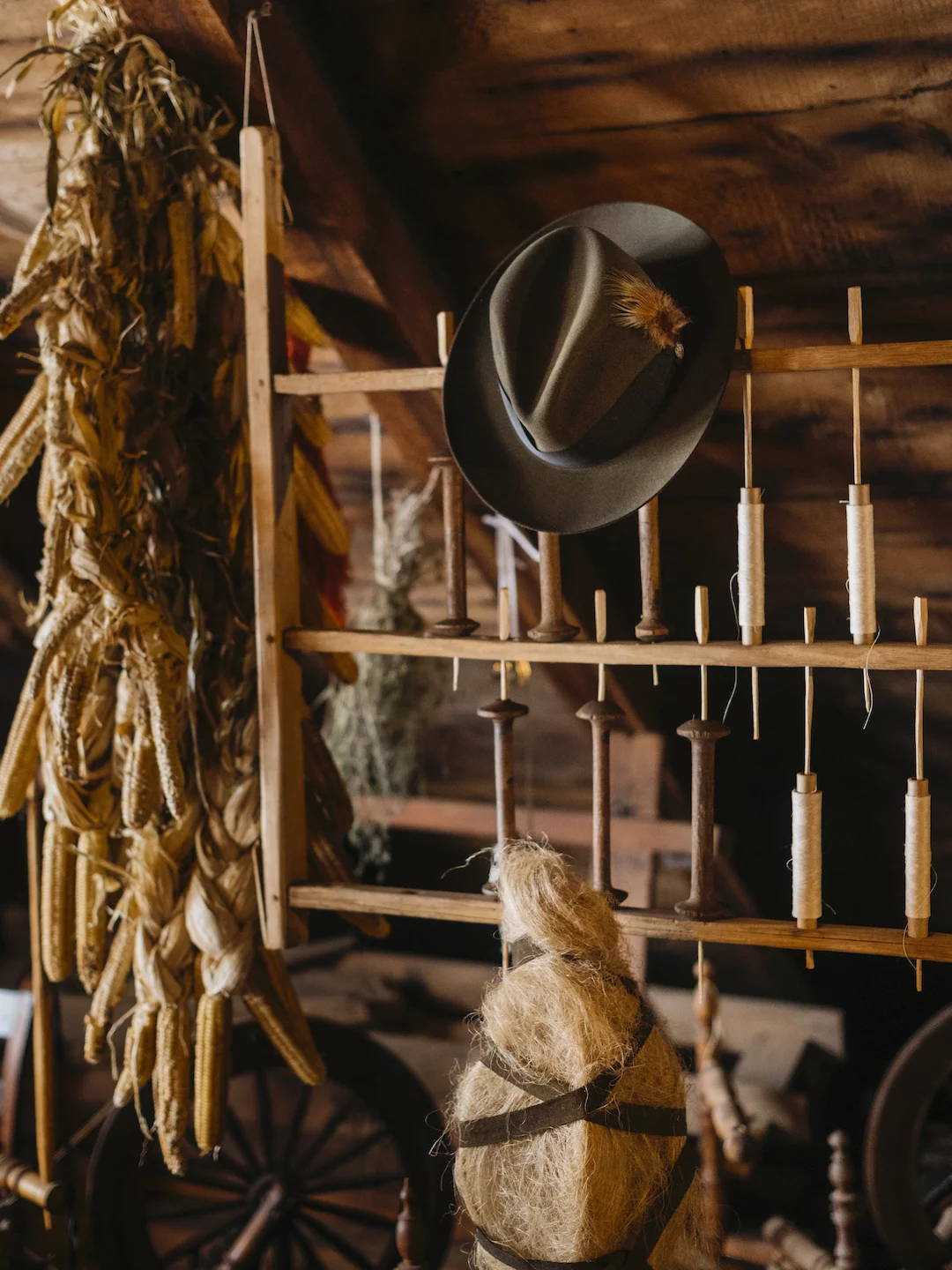 Even now the house is relatively spartan but immensely charming, bright on the outside and homey and historic on the inside. It sticks out from the road as you come down the hill, welcoming, and at night the smoke from the stacks and few lights in the windows are a beacon to weary travelers in the snow. Now filled with three operational looms in addition to the one found in the garret the farm, which was brought back to life by Justin, is also where he weaves fabrics that bring old furniture back to life, serves as the foundation for clothing from hundreds of years ago, and creates the figured coverlets that few can make. With a few sheep, the start of a flock that will someday provide wool for his weaving, a pig, their dogs, and a cat that came with the house (their landlord, he says), they have turned this place into a home. But the largest piece of the puzzle, a rare Jacquard head for a loom, arrived in 2019 and helped Justin resurrect the intricate work for which he’s become known. 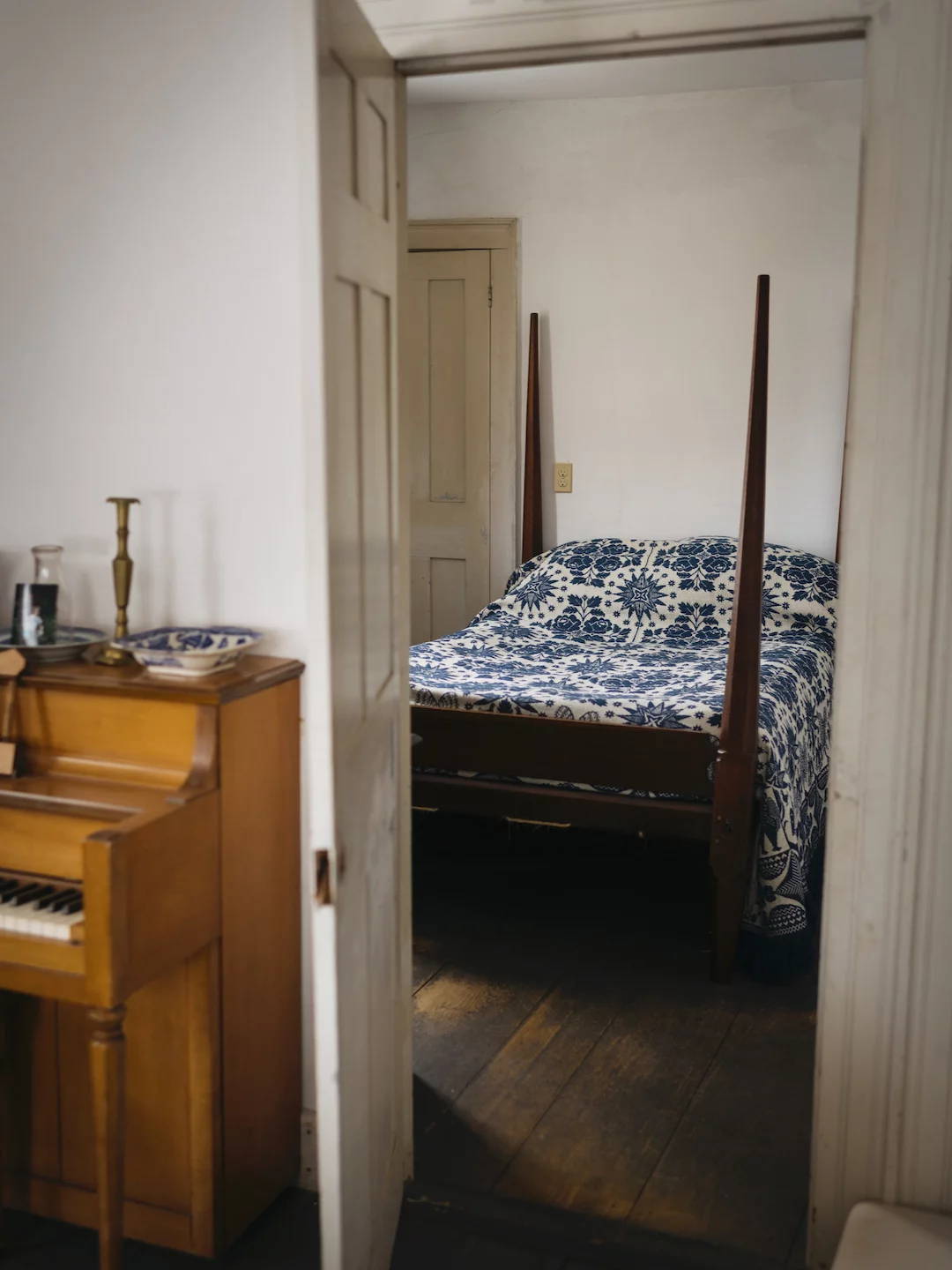 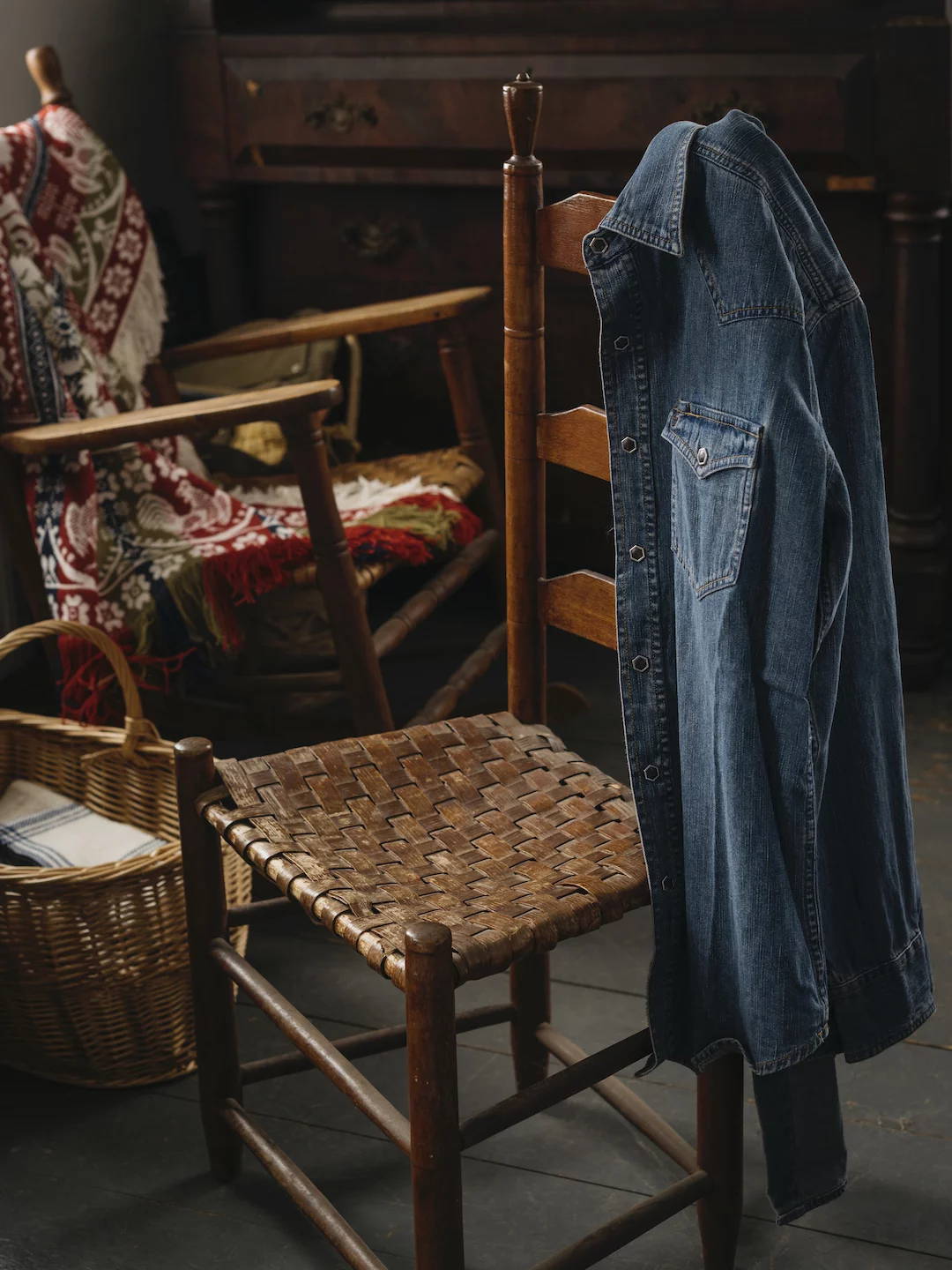 In 1804 a Lyon silk weaver named Joseph Marie Jacquard perfected a century of technological development with a device that utilized punch cards to create pictorial designs in woven cloth. A series of vertical hooks inside the cast iron machine “read” these cards and lift certain threads allowing him to create figured patterns that in some cases likely had not come off a loom since 1860. In function, it’s essentially the earliest manufactured computer. Justin’s rare surviving example of a Jacquard loom head dates from the 1860s, likely the oldest operating machine privately owned in North America. It was purchased by Roy Orr, a weaver from Ohio, (who had bought it from a famed weaver in Scotland) and who sold it with the punch cards to create Justin’s first coverlets. The head sits on a loom that is much older, made between 1650 and 1750, and together they are a perfect match. 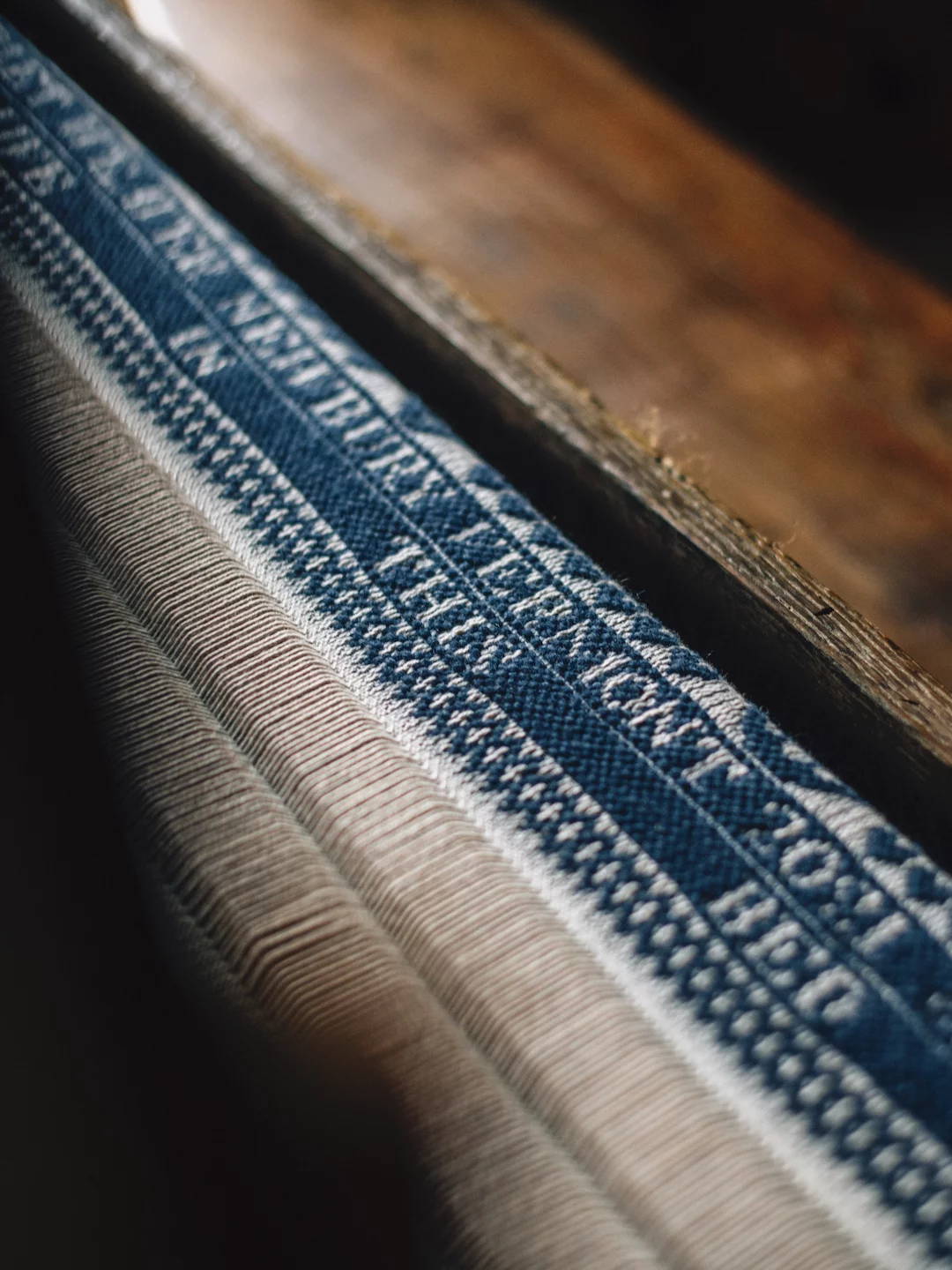 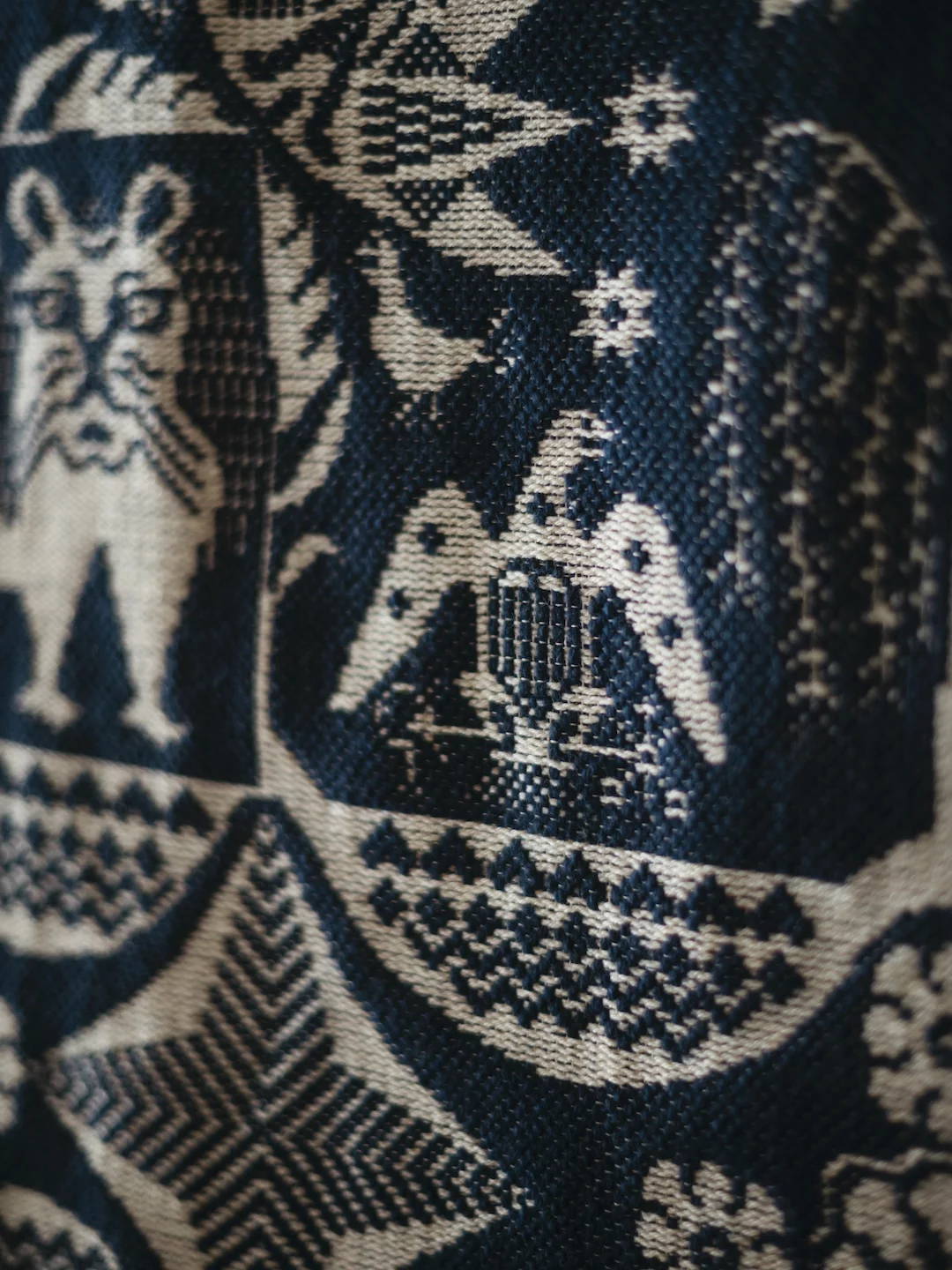 On this cold February day in Newbury, VT, Justin was starting something special. He took a worn pair of shears off his work bench and slowly cut down the line of fabric taught across the loom. It was the last of the most recent run of coverlets titled “Campbell’s Rose and Stars”. A coverlet like this, big enough for a queen bed, would take around five days of dedicated effort sitting at the sometimes cantankerous and fickle loom, tending to the mechanical intricacies and issues that come up along the way. What came next was the culmination of a year of work. Justin placed the newest cards over the Jacquard head. The holes punched looked like an oversized paper ballot or the instructions for an antique player piano printed on a heavy cardstock, covered in wax to protect them from the mechanical process, and it was hard to see how these would translate to anything as intricate as what would come next. Justin had closely studied images of a pattern not made since 1840, one with few surviving examples, and reconstructed the pattern by hand, a meticulous process. Then he and Andrew worked to punch the cards before lacing them together with thread. Finally, after a year of work, Justin threw the shuttle across the loom for the first time, operating the loom and the head with worn, rough-hewn wood treadles suspended above the worn wood floors and attached by thick twine to the loom. The jarring bang of both the Jacquard head and the old, massive loom became an unhurried, methodical rhythm. Slowly, over the course of a half an hour, the design’s words became readable on the coverlet. It’s a motto that Justin has held dear to his heart and one that he’s excited to start seeing again and again as he weaves.

“AGRICULTURE & MANUFACTURES ARE THE FOUNDATION OF OUR INDEPENDENCE” 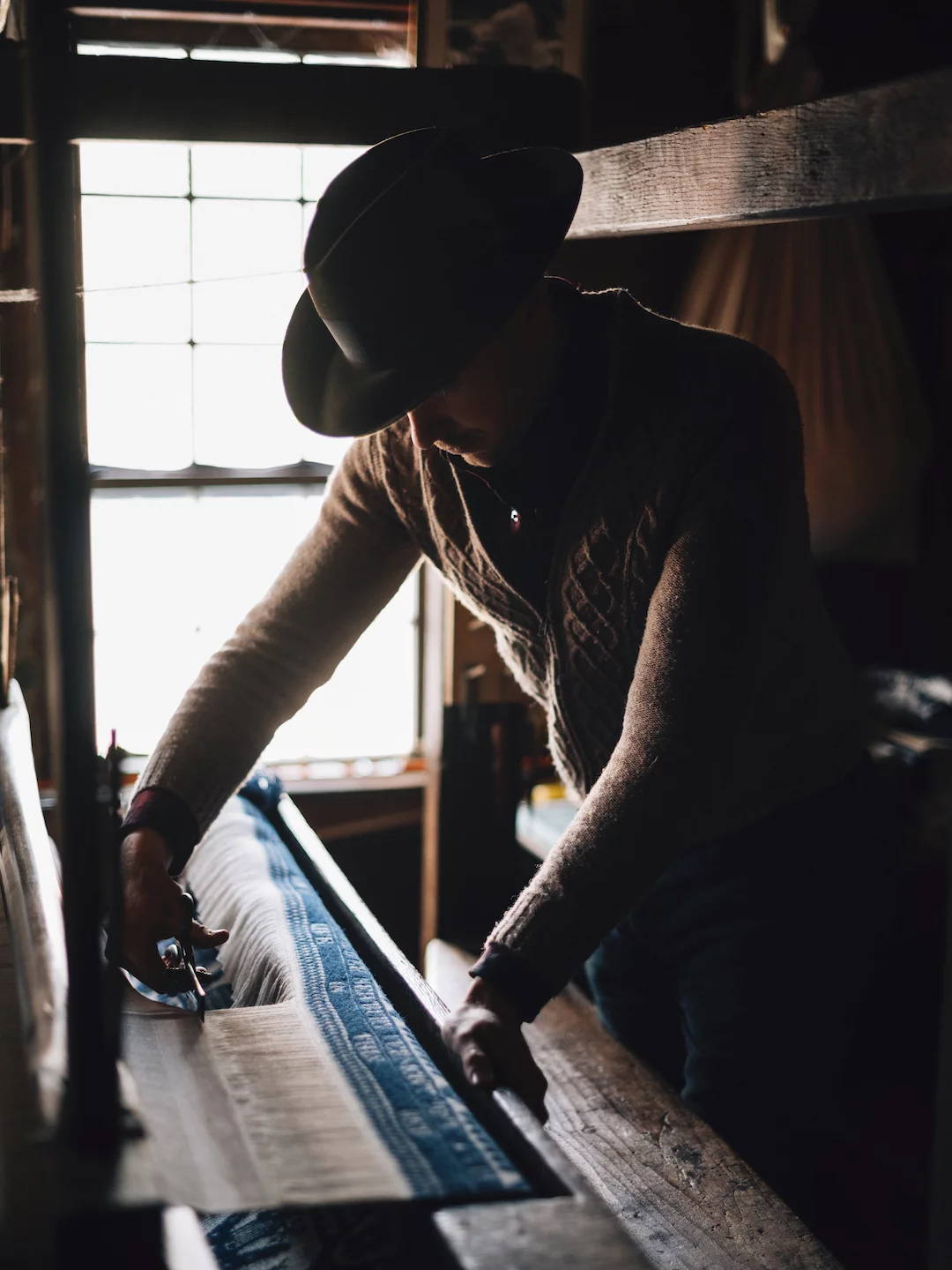 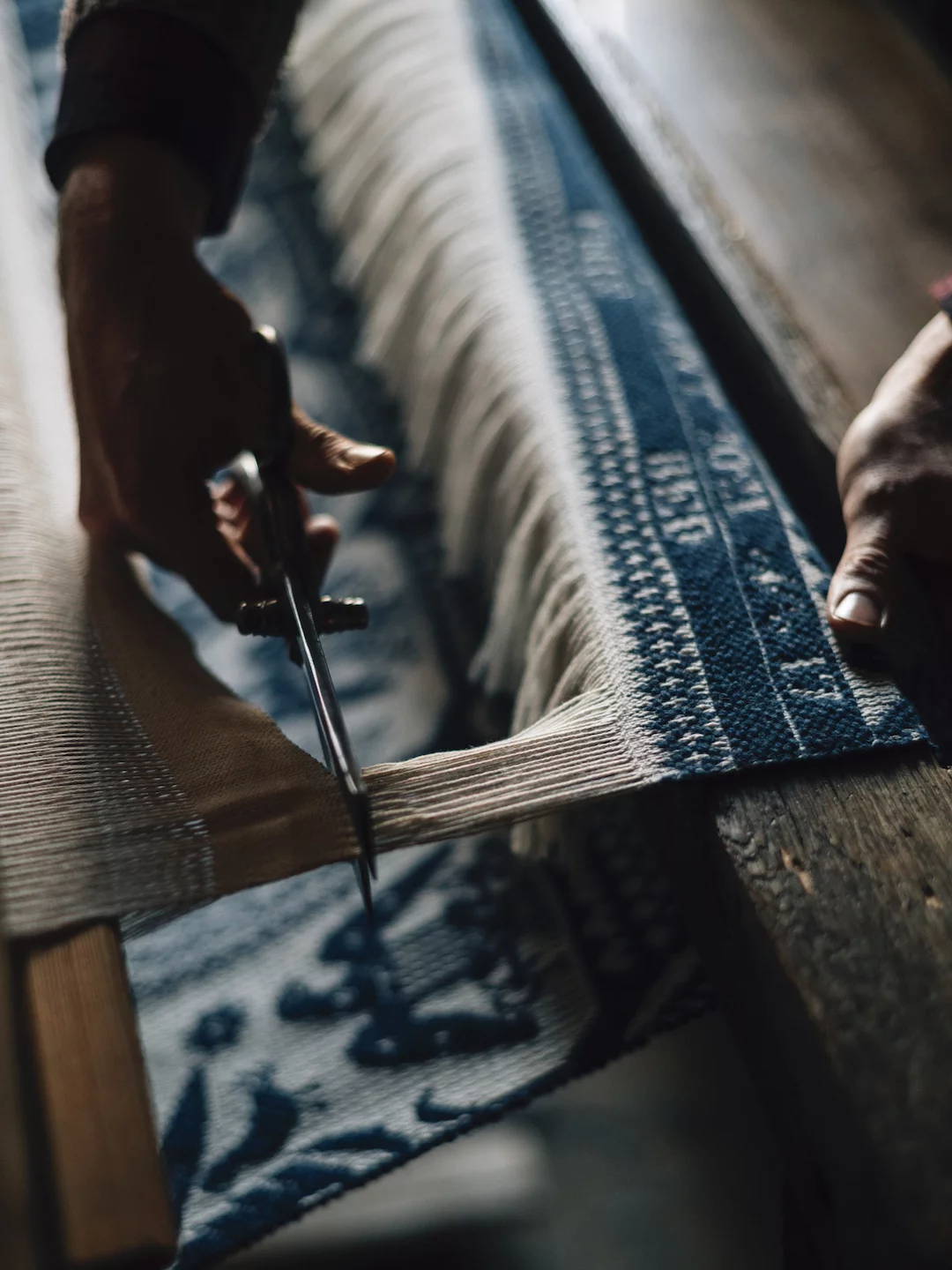 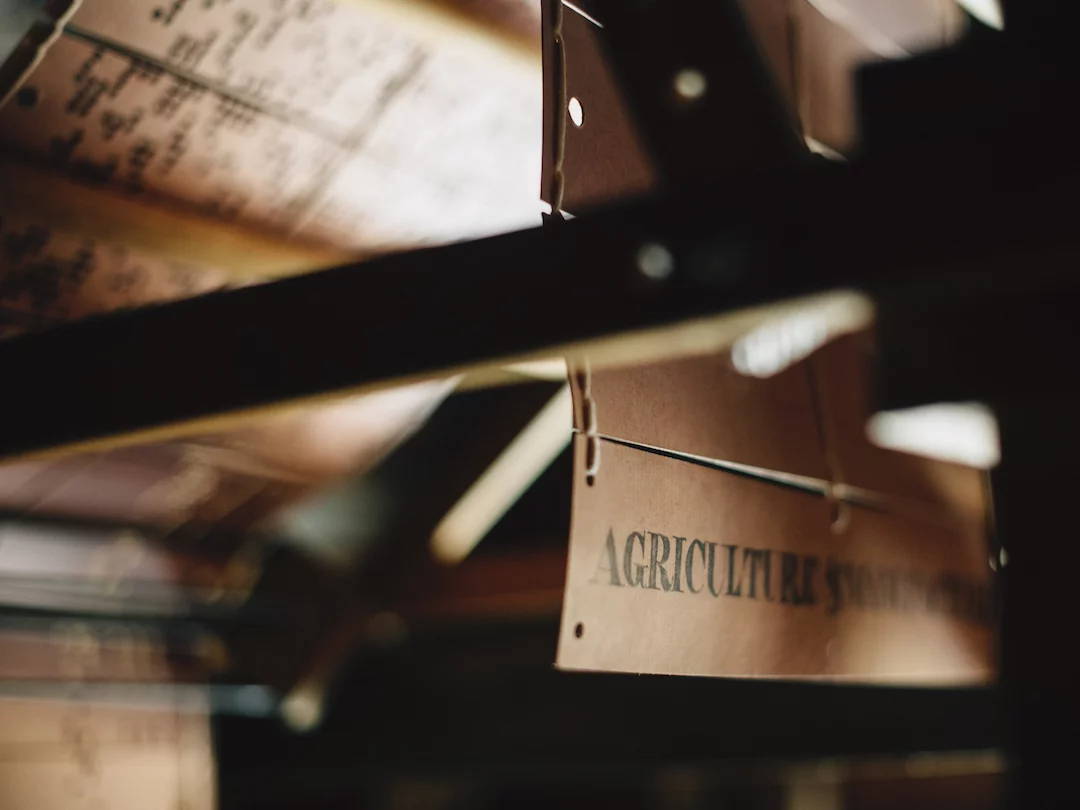 “I HAVE ALWAYS BEEN INSPIRED BY NEW ENGLAND’S PAST, BY A ROUGH-HEWN BEAUTY AND RESERVED AESTHETIC, BY A LOVE OF TRADITION AND A SENSE OF PLACE.”
— JUSTIN SQUIZZERO